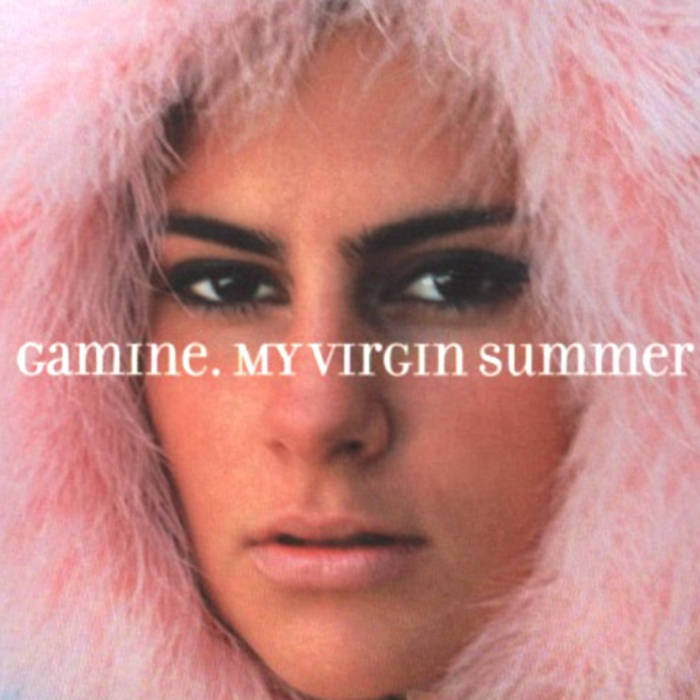 This was Gamine's first ever single, and this is what we wrote for its release...

Cast: Claudia - the singer; Ian - the composer; Bill - the writer.

Whilst honing their skills as confidence tricksters in the casinos of the Black Sea resort of Odessa, Ian and Bill chanced upon a most unusual acquaintance. Her name was Claudia and with four Borzois at her feet this ice-cool blonde was downing ice-cold vodkas as if she had just bought shares in the Bison Brand.

She looked like she could sing so Bill asked. "Of course," she replied and raised Bill's temperature several degrees with an a capella rendition of Corcovado in the original Portuguese. Just then, Ian strolled over with a guilty smile and chips worth 250,000 roubles in his jacket pocket* and declared that now was a good time to go and record an album together. It would also be a good time to leave Odessa as whatever welcome they had had had just been outstayed. Thus was Gamine born. And the above is all true.

The album might be titled "Gamine", obviously, and might consist of ten songs, with the first four singles already in the bag. The fifth, sixth, seventh and eighth singles are still to be decided.

With music as panoramic as Lake Geneva in the rain, as seductive as Jeanne Moreau in "Jules et Jim", as intelligent as Jean-Sol Partre and as functionally stylish as a Fiat 500, Gamine will be sorting out the miserable state of modern popular music as a matter of urgency.

*that was then; these days you would be hard pressed to buy a bag of chips for 250,000 roubles.

Do pay a visit to www.gamine.net for more info., and to Facebook (www.facebook.com/pages/Gamine/5998983703) or Twitter (twitter.com/gaminemusic) if you want to say hello!

Bandcamp Daily  your guide to the world of Bandcamp